Get ready to step into the battleground full of vicious enemies and explosive encounters in Motor Wars 2. Get ready to step into the world of high speed and action. Get ready to feel the adrenaline pumping through your veins. It’s an amazing multiplayer game that every player has to experience at least once in their lifetime. It has all the qualities required for greatness. Being a multiplayer game, you’ll play against real players from all around the globe in real time! You can play it with strangers or your friends. But be careful. This exciting piece will really bring out your competitive side, so those friends can turn into foes before you know it.   After you sign in the game or choose to play as a guest, you’ll choose whether you wanna play it on other players' servers or play on your own server. There are 2 maps that you can play. You can play it on City map or Sierra map with a number of players up to 8. The task will be the same on each map. You have to steal the flag of the enemy and bring it back to your base. You can call it a flag race if you'd like. In the process of stealing the flag, there is a small matter of business you have to take care of. You have to blast as many enemies as you can. Believe us, they won't hold themselves back from doing the same to you. A passive approach won't take you to glory. You can try it but it won't. You have to hit first and hit hard for it.   Motor Wars 2 unblocked has realistic graphics on these huge maps. The maps, with awesome graphics and detailed level designs are fairly larger than average browser games. There are many to discover on both maps. Lots of beautiful landscapes to gaze at. Motor Wars 2 online game also has awesome game mechanics. As we said before, your hand will be full while playing the game, you’ll try to steal the enemies' flag from their base try to defend your flag on your base and try to blast off the enemies at the same time. To do all of these tasks simultaneously, you gotta have awesome game mechanics to avoid players from getting cold feet about the game. Motor Wars 2 free account is a great multiplayer game that you need be playing right now instead of reading these sentences. What are you waiting for? Dive into the action right now! 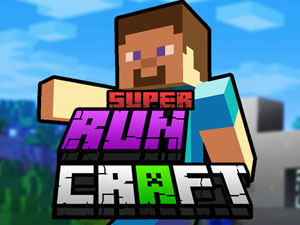